MMKB
Register
Don't have an account?
Sign In
Advertisement
in: Articles in need of expansion, Mega Man X characters, Females,
and 2 more

Reina Ueda[1]
RiCO (リコ, Riko) is character in Mega Man X DiVE, acting as both a playable character and the game's navigator. In the game, she speaks directly to the Player, summoning Hunter Programs for them to control.[1]

RiCO takes the appearance of a young female Reploid donning a mainly white and blue uniform-like armor, with yellow and orange details. While she looks quite proper and professional, with a necktie, headset and tablet giving her the appearance of a navigator, her young looks also give her a jovial and upbeat aspect. Matching the details of her armor, she has blue eyes and hair, the latter kept tied in a sidetail. She also sports in some occasions round glasses with a silver frame.

In contrast to the other navigators in the Mega Man X series, who in general tend to present a more serious and straightforward demeanor (Pallette to a lesser extent), RiCO exudes a bubbly and cheerful behavior, excitedly encouraging the player during navigation.

RiCO is an S rank Hunter Program exclusive to the DiVE Festival. Her Active Skills are Data Recreation and Data Analysis. Data Recreation summons an information field for 12 seconds that randomly releases abilities from the Deep Log, including Plasma Charge Shot and Genmu Zero. Data Analysis creates a force field that causes damage to enemies within range and protects RiCO from damage.

Rico means “home ruler” in German, denoting her position as the administrator of the Deep Log.

Artwork of RiCO with hat 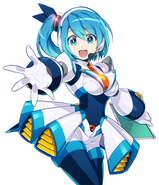 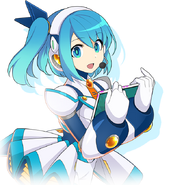 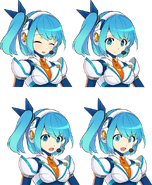 A few of RiCO's facial expressions 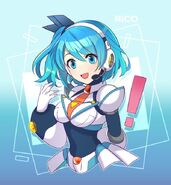 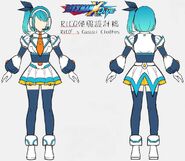 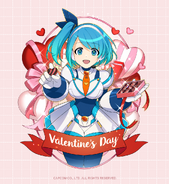 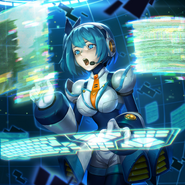 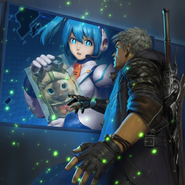 In the TEPPEN card Caged Co-Conspirator.

Navigator RiCO in Tower of Saviors. 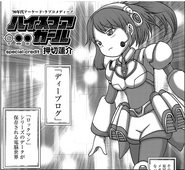