This article is currently pending deletion. If you do not feel that this article should be deleted, please say so and give your reasons why on its talk page.

Please note that this is an article about a FAN-MADE MEDIA, and is neither licensed nor endorsed by Capcom, and is not canon.

Action/Platform
Rockman 8 Metal Heroes Famicom (ロックマン8 メタルヒーローズ ファミコン), Rockman 8 FC for short, is a fanmade 8-bit version of Mega Man 8 for PC. Like Rockman 7 Famicom before, it is a recreation of the normal game, except sprites and backgrounds are converted to the normal 8-bit format, so it is like the past Mega Man games. Due to this, there are no FMVs.

There are also some more similarities to Rockman 7 Famicom. There is no "save progress" system and is replaced with the common "blue and red dot" password system (passwords keep track of obtained items and screws as well, so there are much more filled spaces than empty spaces). The shop is also featured, and screws are found throughout the game. Unlike the normal Mega Man 8 and in similar way to Mega Man and Bass, screws are more mass-produced, and there is no need to decide carefully between the items. Also, E-Tanks are available again and can be bought in the shop.

Dr. Light tells Mega Man about a new island referred to as Uncharted Island, because it isn't on any kind of map. When Mega Man travels to the island with Rush Jet, it seems like something crashed into the island. Mega Man tries to find it, but it seems like Dr. Wily already found it. What's got left behind is a mysterious broken robot (Duo). After returning to Dr. Light, the doctor tells him that he needs to go to Wily's fortress while he's fixing the broken robot. But before he can, it seems like Wily split the object he found (called Dark Energy) on the island into 8 pieces and gave them to his new robots who, with the power of the energy, are trying to take over the world for Wily. Mega Man must stop the robots and defeat Wily once again! 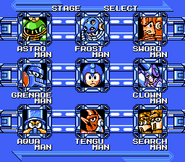 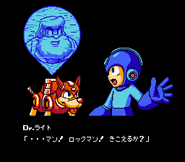 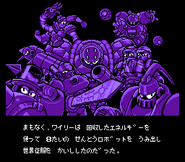 Another screenshot of opening 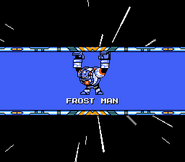 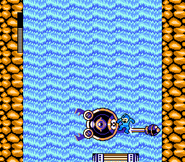 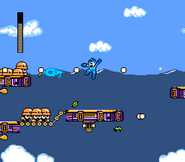 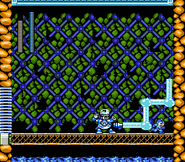 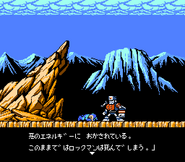 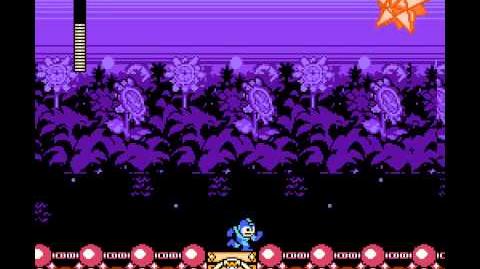