MMKB
Register
Don't have an account?
Sign In
Advertisement
in: Remakes and collections, Other consoles, Japan exclusive media

Single-player
Rockman Battle & Fighters (ロックマン バトル & ファイターズ, Rockman Battle & Fighters) is a collection game in the original Rockman series released on July 6, 2000 only in Japan for the Neo Geo Pocket Color. It contains 8-bit “de-makes” of Rockman: The Power Battle and Rockman 2: The Power Fighters. It retains the same gameplay as the arcade versions of the games, however while the player can swap database information with another player through a link cable, versus mode and co-op are unavailable.

The game includes a database with information of 43 characters, including the 18 Robot Master bosses from each of the games (bosses that appear in both games have different info for each game) and the 7 main characters: Rockman, Blues, Forte, Duo, Roll, Dr. Wily and Dr. Right. 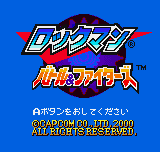 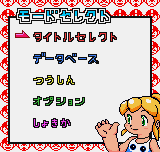 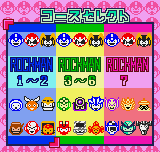 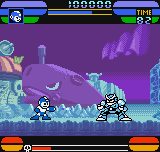 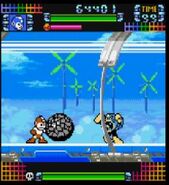 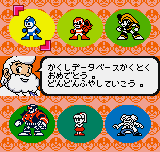