The graphics engine used in the game is similar to that used in Rockman DASH and DASH 2, however the game has a more polished look to it (less rough edges, sharper graphics, etc.). Most of the characters from the previous games have returned in this adventure, and there are many new and familiar enemies for Rock to face.

The game was first released in February 2008 to Japanese public via the i-mode Internet service, a subscription service that requires a 315 Yen monthly fee (including taxes). The game includes five total islands, the first two of which were available upon its initial release. Afterwards, the other areas were released as downloadable content at regular intervals.

Below is the game's release information and release schedule:

In a world covered by endless water, people have a peaceful life in islands, and Digouters search ruins for Deflectors, an energy source.

Rock Volnutt and Roll Caskett were going to meet with Barrell Caskett, who is investigating an island. Roll tests a new feature for the Flutter called "Charge Drive" to increase its speed and tests it in the way. The Charge Drive was too powerful and shortly consumed all the energy from the engine, shattering its Deflector, and they need to land on Shiross Island. Rock goes in a digout in the local ruins to find a new Deflector for the Flutter. Coincidentally, the Bonne family is also in the island, and they decide to steal whatever treasure Rock finds in the ruins as a payback for what he did to them in Kattelox Island, taking away his Deflector and running to a town that they had taken over. Rock frees the town and goes after the Bonnes, recovering the Deflector, and the Flutter is repaired.

Rock and Roll continue they journey and the Flutter (not fully repaired) crashlanded in Pauran Island, an island said to have an cursed treasure. They search for parts to repair the Flutter's engine and fight against the Bonnes again.

While professor Barrell was visiting Ilux Island to investigate a possible "catastrophe", the police stayed on high alert to protect him. When Rock was looking for Barrell in the town, the policewoman Denise thinks he is a criminal attempting to cause harm to Barrell, and the police starts a hot pursuit to get him. After some fighting, Rock escapes through the town's sewers and must find Barrell to clear the misunderstanding.

In Urakoi Island, something is wrong with its ruins and large volcano, which may enter in eruption and block the sun with its ashes, affecting the environment drastically. Rock must explore the island's ruins to find a solution before it's too late. In the island, the mystery on how Refractors are made is partially revealed. Rock discovers ancient equipment that can create Deflectors by using magma as energy, but for unknown reasons it can only produce low-grade Deflectors.

When the Caskett family was returning home, they find one large ancient tower with three smaller towers nearby. Believing they may be related to the Mother Lode, they investigate the tower's ruins, which contains dangerous traps and fierce Reaverbots. In the end, Rock discovers a transport for Elysium in the tower, but it isn't working. 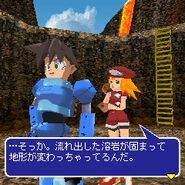 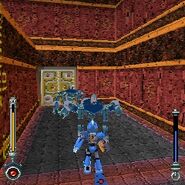 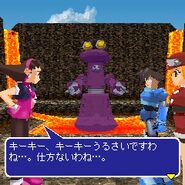