Game Cassette G.04 is a RPG where the player selects between X, armored X, or Zero and equips the selected character with parts that affect his stats (HP, Attack Power, Defense Power, and Recovery Power) and a hand-drawn "Hyper Buster" with variable stats (G Power, AP, DP, and Charge). Up to four Hyper Busters can be saved. Depending of his setup, the Hunter will have one of the following eight special abilities: Charge Up, Charge Down, Life Power, Search, Max Buster, Hyper Attack, and Lock-on Attack.

After setting up the Hunter and Buster, the player can fight against one of the bosses available: Vile, Vile MK-II, Bit and Byte. Each character can attack three times per turn, selecting one of four points to attack. The defending character can move in different directions in the hope of avoiding the attack. The Hyper Buster can be charged to increase its range and power. 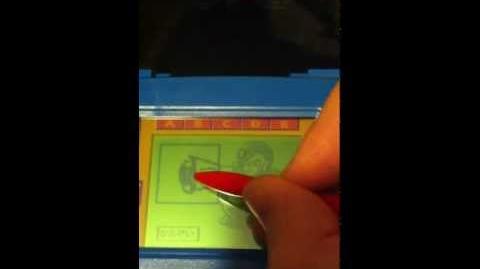