Rockman X is a series of Carddass from the Mega Man X series released by Bandai in Japan.

Each of the first three series contains 42 cards, the first six being foil cards.

The first series is based on Mega Man X. It was released in 1993.

The second series is based on the game Mega Man X2. It was released in 1994.

The third and last series is based on Mega Man X3. It was released in 1995. Cards 87 and 88 form a panorama when placed together.

Rockman X Revival is a 1995 re-release of series 1 and 2 including six new special cards. The first four special cards are foil cards, and they form a panorama when placed together. Cards 2, 3, 5, 45, 46 and 48 are no longer foil cards.

Nine cards that are larger than normal cards. They were released in 1995. 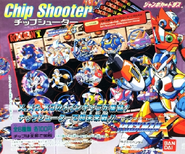 Rockman X2 Special Carddass
Add a photo to this gallery 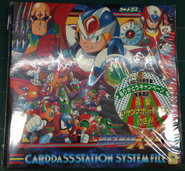 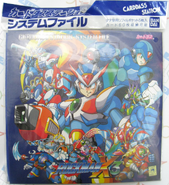 Retrieved from "https://megaman.fandom.com/wiki/Rockman_X_Carddass_series?oldid=322333"
Community content is available under CC-BY-SA unless otherwise noted.