The series was originally released in three parts, each containing 42 cards with a picture in the front and story/character details in the back. The fourth part was cancelled, but its contents were released years later in a commemorative set.

The first Rockman X Mega Mission was released in 1995 and the story takes place between Mega Man X2 and Mega Man X3. It has also a manga adaptation by Hitoshi Ariga.

Rockman X Mega Mission 3 was released in 1996. The story takes place some time later after the final fight with Tackione. Some armors from Mega Mission 3 were released as part of the Mega Armor figures, like the EX Armor and Rockman X All X.

Rockman X Mega Mission 4 was released in 2018 in celebration of Mega Man's 30th anniversary and Mega Man X's 25th anniversary. The story takes place some time after the defeat of Σ Limited. 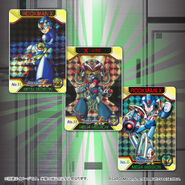 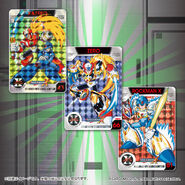 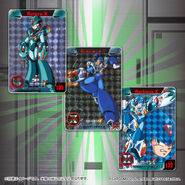