Secret Area is a internet location from Mega Man Battle Network 3. The surface which features the entrance to Secret Area is found at the back of the Undernet Square, but cannot be reached from the Square itself. To access the area containing the entrance, Lan needs to enter the Secret Cave found at the Ura Inn in Yoka and then send MegaMan into the giant Undernet server at hand. Additionally, it's not possible for MegaMan to casually Jack-out whilst in Secret Area, he must return to the original Jack-in point. The residents of Secret Area are dark Navis, including DarkMan.EXE, YamatoMan.EXE and Serenade.EXE, between other HeelNavis and Ranked-style ones.

The area itself looks like it's made of porcelain and full of twist and turns. Invisible doors also dot the area. There is also water surrounding the area. There are a large number of monoliths, and numbers. The monoliths are giant walls created by Serenade to trap large numbers of evil viruses. They can only be broken by the Hammer Key-item (found in Undernet7, by opening Flameman's security cube) and once broken, they unleash a horde of 10 rounds of viruses that you must delete to keep going.

The Numbers are a security system consisting of three numbered staffs. The numbers written on them mean the order in which they must be deleted. Sometimes they will have to be deleted in order or all of them together, and if one that's colored brown and is not the "next-in-line" is hit, it will unleash their only attack, 1000 damage Err&Del, if you fire a shot at them that's not a killing blow. When clear colored, if the wrong one is deleted, it will simply regenerate.

There are 3 parts to the area, and each one has a boss you must defeat to keep advancing. Each Navi is behind a door that can only be opened when specific things are completed. The first is DarkMan in Area 1, then YamatoMan in the second, and finally, Serenade. After defeating Serenade and feeding 300 Bugfrags to the trader, you can fight Bass.EXE, that has fused with the remains of Gospel. After that battle, some Heel Navis appear all around the Secret Area to challenge the player to time trials. This tests consist in deleting versions of all the fightable Navis in the game "faster than Serenade did". If all the battles are completed faster than the Underking, the player is given another Star in the Start Menu. 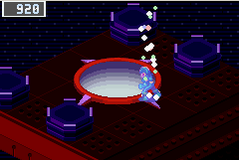 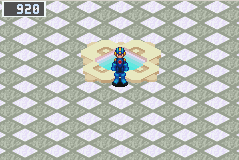 First glimpse of the setting. 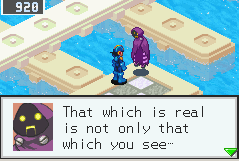 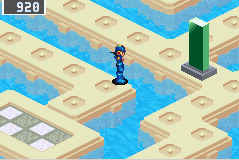 One of the monoliths. 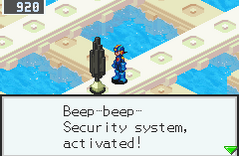 A security system which can be hacked, resulting in a battle.
Add a photo to this gallery
Retrieved from "https://megaman.fandom.com/wiki/Secret_Area?oldid=302159"
Community content is available under CC-BY-SA unless otherwise noted.