Guard Shell (both X and Zero)

"I couldn't prevent the professor from becoming a Maverick. I failed to protect him. But I'm going to fulfill the duty as a bodyguard now. He gave me a second chance... I'll protect him, even though I may have to sacrifice my life for it! Come on! X!"
―Shield Sheldon, Mega Man X6

Shield Sheldon has a design based on a clam, but with a humanoid twist. His armor is mostly pink like the inside of a clam, and he possesses round shapes and horns on his body to reflect their soft interiors. The clam shells themselves sit atop his shoulders and arms, and are so large that he can easily fit inside both of them combined. He possesses Gate's rhombus-shaped gem in his forehead.

Shield Sheldon felt guilt for being unable to protect his assignment, Dr. Jim, and feels that he has gained another chance by being resurrect to serve Gate. He now fights to protect Gate no matter what, lest he waste this second chance.

Shield Sheldon was created by Gate to serve as a bodyguard for important people (mainly chiefs of other research institutes). Sheldon apparently failed in his job as a bodyguard when Dr. Jim, a laser researcher he was protecting, went Maverick. However, Dr. Jim was still able to control himself. Nevertheless, Sheldon still felt it necessary to dispose of Jim because of his Maverick corruption, but his actions were misinterpreted by the Maverick Hunters that arrived on the scene and he was charged as a Maverick himself. He could not deal with the stress and shame of the incident and decided to take his own life, believing that he was useless. Sheldon was later resurrected by Gate to examine the Nightmare in the Laser Institute. Seeing this as a second chance, he tries to fulfill his duty as a bodyguard protecting Gate, even at the cost of his life again.

Shield Sheldon is weak against Metal Anchor and Rakukojin, being knocked back when hit by them, but it is still necessary to wait for him to drop his guard first.

Shield Sheldon will initially appear, then teleport to a different area of the screen.

Note: As the lines are only available as audio, text may not be accurate.

X: Shield Sheldon! I thought it was you...

X: I'm very sorry about the case. If only I could have been there in time.

Shield Sheldon: Don't be. I couldn't fulfill my role as a bodyguard, that's all.

X: You had been protecting the professor. When the professor became a Maverick, there was no other way. Our officers misinterpreted your action and you were hunted as a Maverick. And then you retired yourself. That was so unfortunate...

Shield Sheldon: I couldn't prevent the professor from becoming a Maverick. I failed to protect him. But I'm going to fulfill the duty as a bodyguard now. He gave me a second chance... I'll protect him, even though I may have to sacrifice my life for it! Come on! X!

Zero: Shield Sheldon... Too bad about your previous life...

Shield Sheldon: Don't be. I was new as a bodyguard. That's all.

Zero: Maverick Hunters are supposed to be able to tell a Maverick from a Reploid... Our officers are not good enough... They could cost us everything...

Shield Sheldon: Reploids all over the world have been needing you. I was useless as a bodyguard... And was useless to everyone else. When I accepted that fact, I accepted my fate. However, there turned out to be someone who needs me. He has given me one more chance... And therefore, I am going to fulfill my mission as a bodyguard now. I'll protect him, even if it means that I have to sacrifice my life. Come on, Zero!

Shield Sheldon was included in the Worlds Unite crossover event between Archie's Mega Man and Sonic the Hedgehog lines, along with the vast majority of the X series' Mavericks. 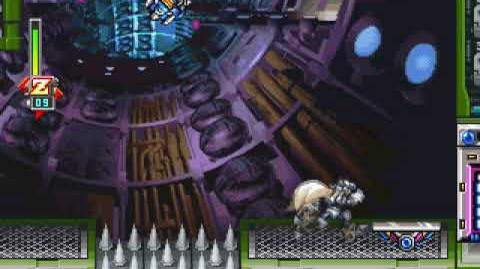 Retrieved from "https://megaman.fandom.com/wiki/Shield_Sheldon?oldid=355817"
Community content is available under CC-BY-SA unless otherwise noted.