In Mega Man 2, they appear in Metal Man's stage, Heat Man's stage, Quick Man's stage and in the Wily Castle. The regular Mega Buster shot cannot harm them. Leaf Shield, Quick Boomerang and Bubble Lead are better chocies to hit them with. 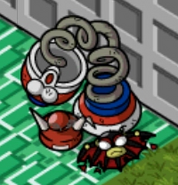 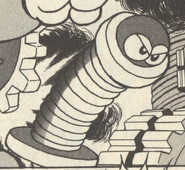 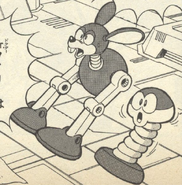 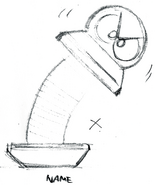 An early design for Spinger.

Retrieved from "https://megaman.fandom.com/wiki/Springer?oldid=292014"
Community content is available under CC-BY-SA unless otherwise noted.