In Mega Man Star Force 3, he is registered under Project-TC as No. 003. His appearance also changed after Geo obtained the Hunter-VG and Omega-Xis is converted into a Wizard.

In the games, Mega Man was first formed when Omega-Xis crashed on Earth and met Geo Stelar while he was stargazing. Omega-Xis EM Wave Changed with Geo to stop EM Viruses that hacked a train.

In the anime, Mega Man first formed the day after Geo and Omega-Xis met (although a vague silhouette is seen briefly when the two first collided). The two EM Wave Changed in order to save Luna Platz from a train accident caused by viruses. He does not become Mega Man right away, and he can not become Mega Man unless he "pulses-in" and becomes waves which resemble Mega Man. His main attack is the Mega Buster, which is Omega-Xis' head, and can use Battle Cards. 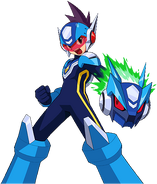 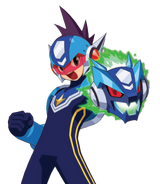 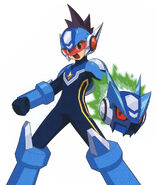 Mega Man and a Mettenna from a calendar wallpaper. 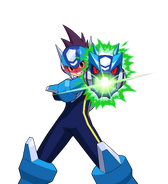 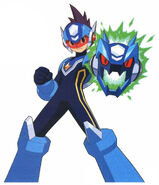 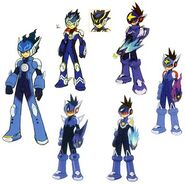 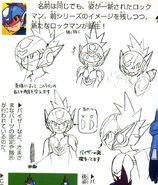 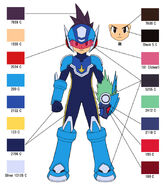 Mega Man affected by "Noise", as a teaser to Mega Man Star Force 3. 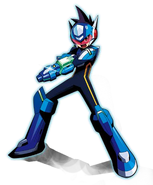 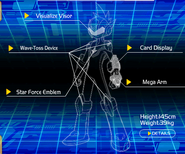 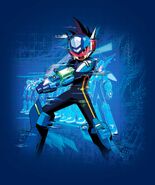 Mega Man on a guidebook cover. 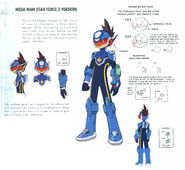 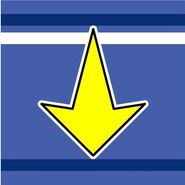