Sting Chameleon, known in Japan as Sting Chameleao (スティング・カメリーオ, Sutingu Kamerīo), is a boss in Mega Man X, a Reploid based on the chameleon. He is a former Maverick Hunter who joined Sigma's uprising.

Sting Chameleon was a highly-skilled Maverick Hunter from the 9th Special Unit (Rangers), but his sly, sneaky tricks and sharp tongue left him unpopular and he was never chosen for promotion to unit leader. Sting Chameleon can blend into his surroundings and uses strategy to defeat his enemies by any means necessary; sometimes he is called a coward for this, but he doesn't care.

Never one to pass up an opportunity, Sting Chameleon used Sigma's Maverick rebellion as a means to rise through the ranks and gain more power and recognition in Sigma's Reploid nation. He was grimly protective of his post as defender of a front-line base in the jungle, where he fought X and was defeated.

Sting Chameleon also reappeared in the third stage of Sigma's Hideout to face X once more.

Sting Chameleon can blend into his surroundings, to near invisibility, like chameleons were once thought to, but despite this, he is still quite easy to spot if the player just watches the wall and looks for the distortion he causes when he moves around. While cloaked, Sting Chameleon will do one of two things: he will either try to sneak up right next to the player and hit them with a quick lash from his tongue (sometimes in a rapid-fire 3-hit combination), or he will move to one of the top side corners of the room and then reappear to fire his Chameleon Sting at the player, which he does by swinging his tail. Sting Chameleon can also drop (non-lethal) spikes from the ceiling of the arena to damage X.

Chameleon is weak against Boomerang Cutter, although it does not cut off his tail (which is odd, considering Boomerang Cutter can be used to dismember Launch Octopus and Flame Mammoth, removing Octopus's tentacles, and Mammoth's trunk), rather it knocks him off the ceiling of the arena, and he will go right into dropping spikes on X.

The Chameleon Sting attack, when gained by the player once Sting Chameleon is destroyed, is effective against Storm Eagle.

Sting Chameleon is the third Maverick that X fights in the Rockman X manga. He uses armed devices to control the animals of a forest, using them to cause havoc and call X's attention to capture him for Sigma. A city was already destroyed when X arrived at the forest. Zero meets X in the forest and says they need to burn the forest to stop the animals, but X urges him to find another way, by defeating the ones responsible for this and make the animals return to normal. Zero agreed, saying he has until sunset to do so or he will burn the forest. After passing by RT-55J and finding the Armor upgrade, X found Sting Chameleon training with a dummy. Chameleon uses the animals to attack X, but somehow they returned to normal and Chameleon had to fight X himself. During the fight, X's buster was damaged by his tongue, but X also damaged his tongue using the Electric Spark. X could not use his buster much because of this, but when it became dark, X fired his buster to cast light and reveal Chameleon's position. The sudden burst of light damaged Chameleon's camouflage system, allowing X to defeat him with a charged shot. Zero was already preparing a device to destroy the forest when X returned to him.

In the Carddass, Rockman X Mega Mission, Dr. Doppler used the Limited to revive Sting Chameleon as "Sting Chameleao L". Some of Sting Chameleon's changes include his green colors being changed to a dark blue, the four spikes pointed backwards of his head where replaced by two facing forward, different shoulders, and three spikes on his tail instead of two. He was defeated by Zero.

Although Sting Chameleon himself does not appear in the crossover, due to the time period taking place long before the Mega Man X series, he was briefly alluded to in the Worlds Collide arc, where Sonic the Hedgehog mockingly suggested to name Espio Man such (although he wasn't able to say the full name due to being cut off).

Sting Chameleon himself would appear in the sequel crossover Worlds Unite, in which Sigma resurrected him and many other Mavericks using the power of the Genesis Portals and Unity Engines. After joining in a brief attack on X, Sonic the Hedgehog, Mega Man, and their assembled allies the Maverick Hunters, Freedom Fighters, Robot Masters, and Team Sticks, he departed through a Genesis Portal to continue his master's plans of conquest. He would join Volt Kraken in attacking the world of Viewtiful Joe, where he was briefly mistaken for Cameo Leon of that world while battling Sticks the Badger and Axl. 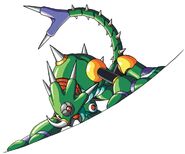 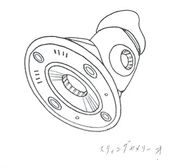 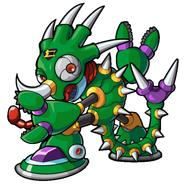 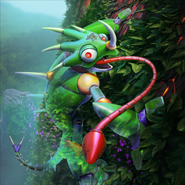 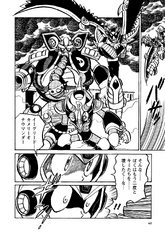 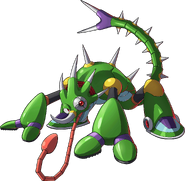