Sub Screen (サブ画面, Sabu Gamen, also known by other names listed below) is a recurring screen from the Mega Man games that appears when the player presses a button (usually the "Pause" button) in the Action Screen, pausing the game and allowing the player to do varying actions depending of the game.

In most games the Sub Screen primarily displays the player's Life Energy, Extra Lives, and allows to change Special Weapons, showing how much Weapon Energy each weapon has. In later games it also included items and options such as Tanks, Sub Tanks, Escape, and Parts.

The two screens are collectively known as the Equipment Select Screen (装備選択画面, Soubi Sentaku Gamen) in Mega Man & Bass. The collective name was changed to Sub Screen in Mega Man Xtreme, becoming the standard name in later releases. In Mega Man X8 it is divided into the Weapons Screen, Item Screen, and Options Screen.

In Mega Man 11 it is named Sub Menu and is divided into four tabs: Weapons, Items, Support and Parts.

In all games from the series this menu displays the life gauge, Zenny, play time, items, and options. In the two Mega Man Legends games the player can change MegaMan Volnutt's equipments and equip/unequip the current Special Weapon. The Misadventures of Tron Bonne contains details of the current mission, machine (Gustaff, Gustaff Tank or Finkel), and Servbots. The Zenny displayed in the menu from The Misadventures of Tron Bonne is the amount obtained in the current mission, while the total is shown in the Gesellschaft.

The Mega Man Legends 2 menu also contains a map display. In the PlayStation version of the game, the screen is accessed with the Select button instead of the Start button, the Start actually pausing the game (play time included) until it is pressed again. The PlayStation Portable version switched it to be like the first game, the Pause button leading to the Status Screen and the Select button showing a simpler version of the map display. 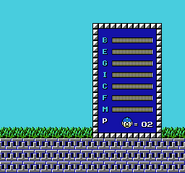 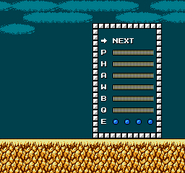 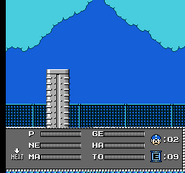 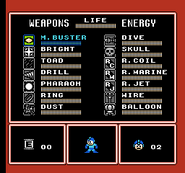 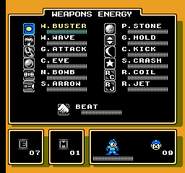 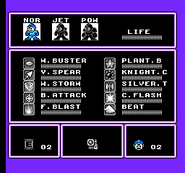 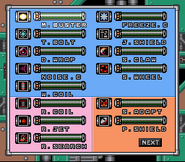 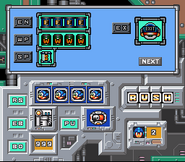 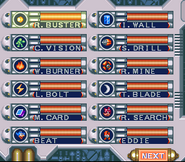 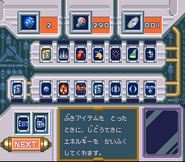 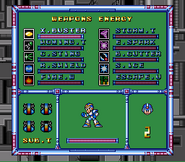 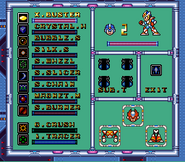 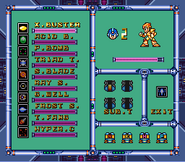 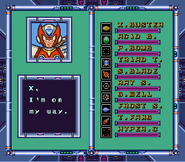 Mega Man Xtreme 2
Add a photo to this gallery

Mega Man ZX Advent
Add a photo to this gallery

The Misadventures of Tron Bonne
(Finkel)

The Misadventures of Tron Bonne
(Tron and Teisel)

The Misadventures of Tron Bonne
(Favorite Servbot)
Add a photo to this gallery
Retrieved from "https://megaman.fandom.com/wiki/Sub_Screen?oldid=305563"
Community content is available under CC-BY-SA unless otherwise noted.