Single-player
Super Adventure Rockman (スーパーアドベンチャーロックマン, Sūpā Adobenchā Rokkuman) is an interactive movie game and prime spin-off for the classic Rockman series of video games from Capcom. Its gameplay is a combination of adventure game and shooting game. The game alternates between animated cutscenes, making decisions from a list of text options or arrows, and fighting in a first-person shooter mode.

In the 21st century, ancient ruins suddenly appeared in the Amazon Rainforest in South America. The United Nations called scientists around the world to discover everything possible about the ruins. The scientists discovered that there was a strong electromagnetic field around the ruins that was capable of ceasing almost all the machinery that got close to it, including robots. Nothing electronic could reach it, making the investigation a difficult one. One year later, the U.N. ceased the investigation, claiming the ruins were from the Maya civilization. They named the ruins "Lanfront Ruins" and the pyramid "Temple of the Moon".

Three years after this, Doctor Albert W. Wily, now working together with Doctor Thomas Right, went to investigate the ruins because the electromagnetic field started increasing, this being a good chance to clear his name. A few days later, Wily uncovered an ancient alien super computer inside the temple, Ra Moon, which revived his various Robot Masters from Rockman 2 and Rockman 3 by analyzing the information about them in Dr. Wily's laptop. Wily thought it would be a great chance to conquer the world.

The game was adapted into the Archie Comics Mega Man comic, and set between Mega Man 2 and Mega Man 3. As a result, the Mega Man 2 Robot Masters are here recreated by Ra Moon, while the Mega Man 3 set is created by Ra Moon from blueprints on a computer owned by Dr. Wily. Proto Man, going by his Mega Man 3 alias of Break Man, also joins Wily's forces while he is based in the Lanfront Ruins, and is accidentally responsible for damaging Roll prior to the planet-wide blackout. One of Mega Man 3 bosses, Shadow Man, who in his game of origin was originally an unidentified alien robot, is in the comics revealed to be a creation of Ra Moon who served as its escort when it traveled to Earth. Only a few of the original Mega Man game Robot Masters appeared in the adapt as allies of Mega Man, who is also joined by Break Man and the Mega Man 2 bosses to battle Ra Moon and the mind-controlled Mega Man 3 bosses. Ra Moon is also revealed to be the creator of the Stardroids from Mega Man V, and sends a signal reporting its demise to them after it is defeated by Mega Man.

Worlds Collide (which crossed over into Sonic the Hedgehog) occurred inbetween the comic's adaptation of Super Adventure Rockman, and included a moment of Ra Moon being interested in the blue Chaos Emerald, only for Wily to demand he makes a Met rice cooker. Additionally, Wily and Doctor Eggman used many of their resources including Ra Moon to create both the Skull Egg Zone and the Wily Egg. 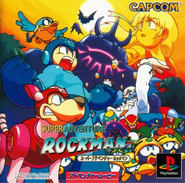 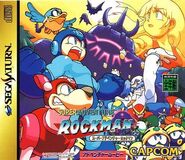 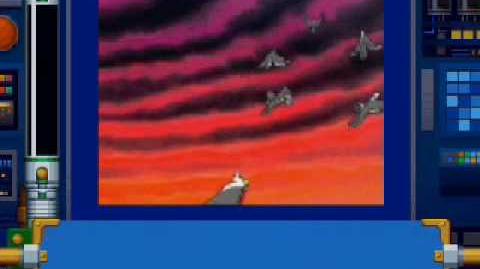