Super Smash Bros. for Nintendo 3DS and Wii U

During E3 on June 12, 2018, it was confirmed these games would be succeeded with Super Smash Bros. Ultimate on the Nintendo Switch, which includes all past fighters, including Mega Man.

The game was first announced at E3 2011, but no further information was released due to Masahiro Sakurai working on finishing Kid Icarus: Uprising. At the start of 2012, the game was officially in production, but new information was not released until the following year.

On June 11, 2013, two trailers were shown during a Nintendo Direct: one announcing the game and the Villager from Animal Crossing as a newcomer, and another announcing that Mega Man would also be a playable character.

One more trailer was released before the end of E3 2013 showing that Wii Fit Trainer would be playable for the first time. Afterwards, the game's official site started revealing at least one playable character per month, and other content like stages and items.

The original Mega Man appears as a playable character. Other Mega Man related appearances in the game include Rush (who uses Rush Coil), as well as Mega Man wielding several Special Weapons. The Wily Castle from Mega Man 2 appears as a stage, and the Yellow Devil appears on it as a stage hazard.

It is one of the few stages to be on both versions, but with some minor differences. Elec Man appears as an Assist Trophy character, and the Met as an enemy in the Smash Run mode from the 3DS version. Mega Man also has an amiibo figure, and Proto Man, X, MegaMan.EXE, and Zero appear as DLC costumes for the Mii Fighters.

Assist Trophies are items that, when picked up, will break and summon a random character from the Trophy. Elec Man is one of the characters that appears as an Assist Trophy, attacking opponents with his Thunder Beam.

The Trophies shown are from both versions.

References to the Mega Man franchise

Mega Man with his Mega Buster

Nintendo, Namco, Sega and Capcom's mascots all together

Mega Man being struck by Greninja

Samus and Mega Man being attacked by Wii Fit Trainer

A Mettaur in Smash Run on Super Smash Bros. for 3DS

A Mii outfit based on Mega Man X

A Mii outfit based on Proto Man

A Mii outfit based on MegaMan.EXE

A Mii outfit based on Zero

Mega Man's Amiibo for the game 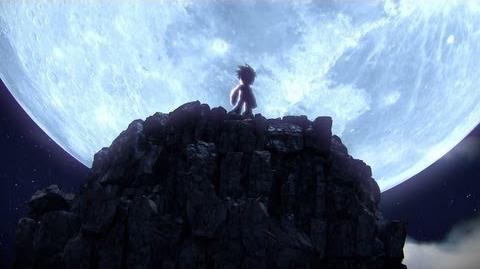 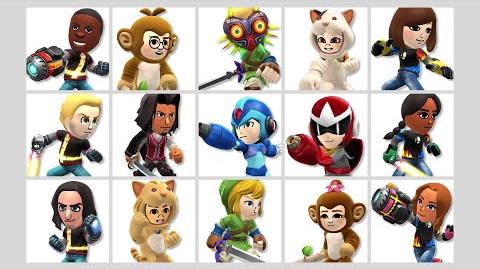