Tamashii Nations is a collection of umbrella brands from Bandai that releases high quality figures. Mega Man figures where released by Tamashii Nations, starting with the D-Arts Mega Man X in 2011. In Japan some of the figures are a Tamashi Web exclusive, being sold only through Bandai's online store in the country for some time.

D-Arts (ディーアーツ, Dī Ātsu) is a line of figures with a wide range of motion and a height of around 12-14cm derived from the S.H.Figuarts line. The first figure, War Greymon from the Digimon series, was released in November 2010. The D-Arts line also has characters from Mega Man, Medabots, and other franchises. In April 2014, Bandai merged the D-Arts line with the similar S.H.Figuarts line.

S.H. Figuarts is a long line with over 500 figures since its start in February 2008. It focuses on highly detailed and articulated figures with about 14 cm. S.H. stands for "Simple Style" and "Heroic Action".[5]

Figuarts ZERO is a line of highly detailed statues. Unlike the S.H.Figuarts and D-Arts figures, these have no articulations and are only for display.

Chōgōkin (超合金, Chōgōkin lit. "Super Alloy") is a line of toys that use die casting, which gives the figures an appearance similar to composite materials. The line started with the popular 1974 figure "Chōgōkin Mazinger Z". A new version of the Mega Armor series called Giga Armor (ギガアーマー, Giga Armor) series became a sub-line of the Chōgōkin line in 2017.

Mega Man, Rush, Bass, Treble, and Met.
Add a photo to this gallery 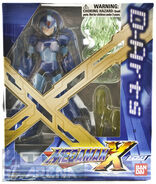 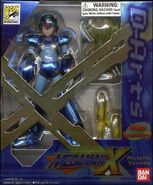 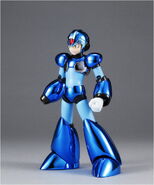 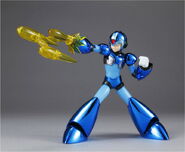 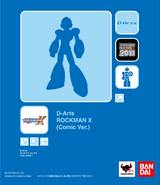 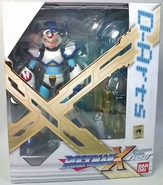 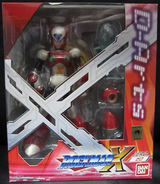 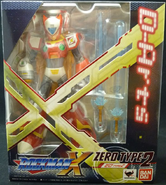 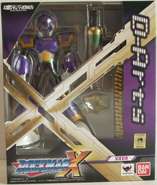 Vile
Add a photo to this gallery 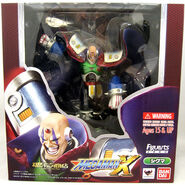 Sigma, standing near a D-Arts X
Add a photo to this gallery

Retrieved from "https://megaman.fandom.com/wiki/Tamashii_Nations?oldid=263809"
Community content is available under CC-BY-SA unless otherwise noted.