Tanks, or Cans (缶, Kan), are recovery items from the classic Mega Man series. Mega Man could stockpile and use these items to heal in an emergency. They were introduced in Mega Man 2 and appeared in most games since then, except for Mega Man 8, Mega Man & Bass, and some spin-offs.

The Energy Tank, known as Energy Can (エネルギー缶, Energy Can) in Japan and in Mega Man 7, shortened to E Tank or E Can (E缶, E Can), first appeared in Mega Man 2, and since then in almost all games from the original Mega Man series. It fully recovers the health of the user. The maximum number of E Tanks that could be carried was initially four and was increased to nine for Mega Man 3 to Mega Man 6, but was reduced back to four for the Game Boy games and Mega Man 7. It returned to nine for Mega Man 9 and 10. In Mega Man 11 it started at six E Tanks, but once the Tank Container item is purchased at the store, it can be raised to nine. The E Tank also appears in the Mega Man ZX series, where only one can be carried at a time.

One of the panels in Wily & Right's RockBoard: That's Paradise is an E Tank. In Mega Man: Battle & Chase, they are present in the endings of Mega Man, Proto Man and Guts Man. In the latter, Guts Man buys several E Tanks with the prize money, but he accidentally falls on them. In the game SNK vs. Capcom: Card Fighters DS, the Energy Can ("Can o' Energy" in the English version) is a Counter Card that restores 500 HP. The E Tank appears as a trophy in Super Smash Bros. for Nintendo 3DS / Wii U.

The E Tank also featured in Mega Man-related media like the Mega Man Megamix manga, the Rockman manga series, the Mega Man comic by Archie Comics, and the Mega Man animated series. In the latter, they are referred to as "Energy Cans", and given to Mega Man by Eddie when his energy is low. They are depicted as cylindrical green objects about the size of a soft drink-can, containing a glowing green liquid that can be drunk to recover lost energy quickly. Eddie can store up to five cans in his head.

The E Tank shows up in Super Smash Bros. for Nintendo 3DS / Wii U as a trophy, interestingly the info given is different between regions, the UK version saying that E Tanks are "filled with simulated solar power".

In the Nintendo Switch version of Mega Man 11, players can get a free Energy Tank if a Mega Man Amiibo is scanned, however this can only be done once a day.[1]

During the Mega Man event in Dragalia Lost, Energy Tanks appeared as an item that recovers 100 stamina and as a sticker.

The Weapon Tank makes a cameo appearance in Mega Man ZX, where only one can be carried at a time. It is received by continually attacking the tangible doll in Prairie's room on the Grand Nuage. When used, it fully restores the energy of all Biometals currently owned.

The Super Tank, S Tank for short, recovers all the energy from Mega Man's health and all weapons. Only one can be carried at a time.

The Mystery Tank, like the Super Tank, recovers the energy from Mega Man's health and all weapons. If the M Tank is used when the health and all weapons are with full energy, it will turn all weak enemies on screen into extra lives, or give the player one extra life if no weak enemies are near. Also like the Super Tank, only one can be carried at a time.

The L Tank is a Tank Proto Man gives to Mega Man before the battle against Dark Man 4 to recover all his energy lost from Dark Man 4's attack. Performance-wise they are superior to E Tanks, but they were never mass-produced.

It also appears as an unusable ancient artifact in Mega Man ZX Advent found in the top left of Floating Ruins 1 after accepting Meg's request. Collecting this and the other 3 relics rewards the player with a Sub Tank.

It's unknown what the L from "L Tank" stands for, possibly short for "Life Tank".[3]

? Can (?缶, ? Kan), also known as Surprise Box, is a can with a question mark that appeared in Mega Man 3 and, once opened by Mega Man with a shot, gave him a random item like Life and Weapon Energy.

In the animated series, the Energy Elements needed for Gamma are called Energy Tanks and resemble a large, yellow Energy Tank with a blue dome above. In episode 32, Mega Man obtains the last Energy Tank after defeating Top Man, and it is placed inside Gamma. 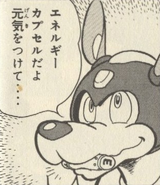 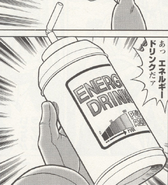 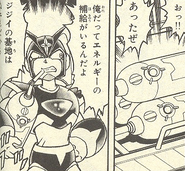 The Mega Man E-Tank energy drink, known as Rockman E Can sports drink (ロックマンＥ缶飲料, Rockman E Can sports drink) in Japan, is an energy drink released by Capcom in August 2008 in Japan and in November 2009 in North America. As the name suggests, it's shaped like an E-Tank in Japan, but for unknown reasons, the visual was modified in North America. In March 2010, a new version with different flavor was released in Japan.[4] It received a new release on December 14, 2017.[5]

The Rockcan Sound E Can is a commemorative steel E Tank containing 10 CDs with music from the series. 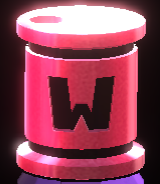 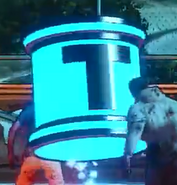 ヨ Can in Yoshida Shiiku Kit. 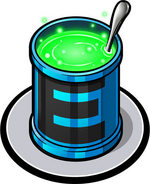 E Can (★4) in Yuusha no Kuse ni Konamaiki da DASH!

E Can (★5) in Yuusha no Kuse ni Konamaiki da DASH!

SE Can (★4) in Yuusha no Kuse ni Konamaiki da DASH!

SE Can (★5) in Yuusha no Kuse ni Konamaiki da DASH! 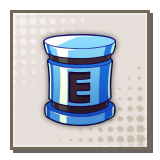 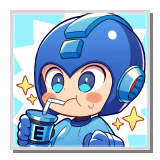 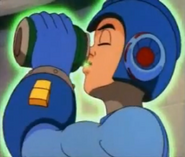 Mega Man using an Energy Can in the Mega Man animated series. 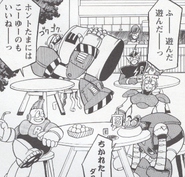 Energy Can in the Rockman 5 manga. 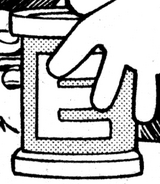 E Can in the Rockman 11 manga.