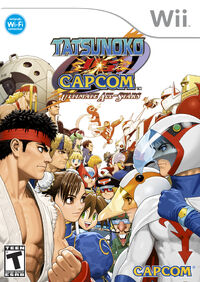 The game features MegaMan Volnutt from the Mega Man Legends series and Roll from the classic series as playable characters, and the Gesellschaft is one of the stages, having Servbots, Draches and Hornisses. Mega Man and Dr. Light both appear in Roll's ending.

In the Wii version of Cross Generation of Heroes, each playable character has a minigame. In MegaMan Volnutt's minigame, the player must guess how many Servbots are inside his box. In Roll's minigame, she cleans the floor while dodging obstacles like boxes and Servbots. In Ryu's minigame, Draches are one of the objects destroyed by him with Hadoukens.

In the Ultimate All-Stars version, Zero (in his appearance from the Mega Man X series) is playable and Frank West from the Dead Rising series uses the Mega Man X costume with Mega Buster and a Servbot mask in his special attacks. X, Axl, Alia and Dr. Wily have short appearances in Zero's ending, and Vile and the Gustaff Tank in PTX-40A's ending, where they are two of the robots fighting in the arena. 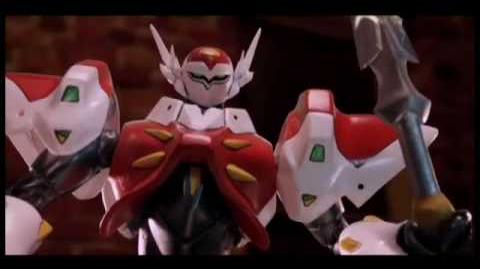