"For 3000 years, I have been free from hardship and pain. A life of luxury and ease obeying my heart's desires. Seeing these people, grateful for the simple joys of life, I wonder, was I truly happy?"
—The Master

The Master (マスター, Masutā) is a character from the Mega Man Legends series.

The Master is the last of the original humans, being seen only in flashbacks of Mega Man Legends 2. He lived on Elysium for 3000 years, and as the master of Elysium and the last original human, everyone obeyed the Master System to serve and protect him. He enjoyed the company of MegaMan Trigger, as he felt lonely. Mistress Sera often reprimanded him and MegaMan Trigger, and although she always did her best for the Master, the more she followed the system and served him, the sadder he seemed. Before his death, he made slight modifications to the Carbons. Although not revealed, it is possible that he created the current form of Carbons and the Master System.

One day, he asked MegaMan Trigger to go down to Terra with him in a shuttlepod and observe the Carbons (who he called "Betas") living there. In the locale, the Master saw that the Carbons were happy even though they suffered through thirst, hunger, disease, old age, and death, while he was unhappy living forever in luxury on the perfect, yet cold and sterile, Elysium. Realizing that the Master System was a mistake, he entrusted MegaMan Trigger, as his favorite unit and long time companion, his final order to destroy the Master System by deleting all data from its Library (which contains the genetic code of the humans who built the Master System) and make things right again, leaving the world to the carbons. Before he died, he gave Trigger a good luck charm (a device resembling a PlayStation Memory Card) which contained his genetic code, saying that as long as he has it, nobody can harm him.

After his death, MegaMan fought to fulfill his dying wish and avoid the Carbon Reinitialization Program, which was meant to be run only after the Master and all other humans have died, using their genetic codes to clone new humans and eliminate all carbons. To make sure Sera would never find the Master's genetic code, MegaMan transferred all his essential data files to Data. After an unknown period, MegaMan finally succeeded in his mission at the end of Mega Man Legends 2. However, now that Elysium is no longer functioning, the old System the Master's people shut down has started to reactivate, and if it takes over, the Master's work would be for nothing. 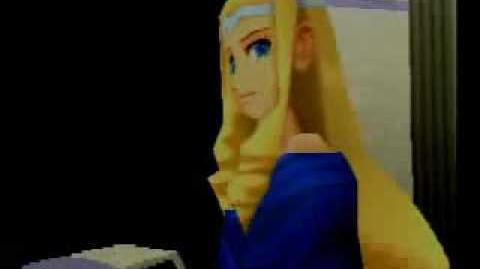 Retrieved from "https://megaman.fandom.com/wiki/The_Master?oldid=340110"
Community content is available under CC-BY-SA unless otherwise noted.