In the Rockman X3 manga, the Third Armor was not achieved by use of a capsule, but instead collected piece by piece by the reformed Mavericks X spared throughout the story, and delivered to him by Marty as part of a rescue mission after he and Zero were captured by the Nightmare Police, making it the first armor X received as a complete set instead of individual pieces. The armor boosted X's abilities, allowing him to defeat the Nightmare Police and Doppler without effort, but it was damaged beyond use in the battle against Sigma, and was destroyed along with X's body against Kaiser Sigma. X's body managed to reconstitute itself, wearing the golden version of the Third Armor. After destroying Kaiser Sigma, X discarded the Third Armor, leaving the helmet behind in the wreckage of Doppler's and Sigma's base.

X using the Third Armor in the Rockman X3 manga.

X with the golden Third Armor in the Rockman X3 manga.
Add a photo to this gallery 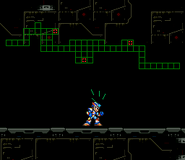 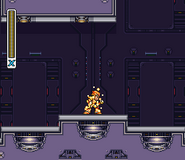 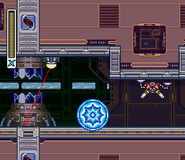 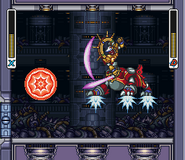 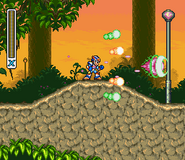 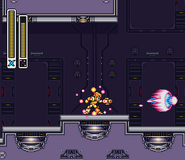 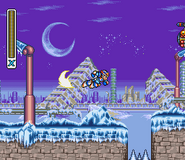 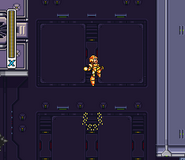 X dashing upward.
Hypermaximage.png
Add a photo to this gallery

Mega Man X equipped with all weapons in the Third Armor from Mega Man X3.
Add a photo to this gallery

Retrieved from "https://megaman.fandom.com/wiki/Armor_Parts_(Mega_Man_X3)?oldid=299753"
Community content is available under CC-BY-SA unless otherwise noted.