Torch Man is one of the six Robot Masters from the Mega Man 3 computer game for DOS.

Originally designed to be a maintenance robot who specialised in welding, Torch Man was reprogrammed and modified to be a combat robot by Dr. Wily and CRORQ. He resides deep within the sewers in an aquatic environment, despite being a specialist in heat-based weapons. He uses his Special Weapon, a flamethrower-like weapon called the Torch Arm to scorch his opponents from a distance. Due to his flame-based nature, he is weak against Wave Man's Water Shooter weapon. 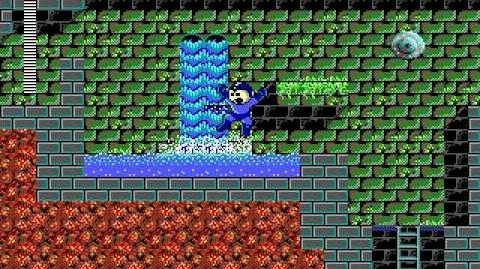 Retrieved from "https://megaman.fandom.com/wiki/Torch_Man_(DOS)?oldid=324197"
Community content is available under CC-BY-SA unless otherwise noted.