There are no toys from the Mega Man ZX series.

Mega Man PVC action figures with their original appearance released by Jazwares in 2005. Each of them has one of the five pieces necessary to assemble an action figure (however, the package claims six pieces are needed). The action figure is a recolored Mega Man representing him with the Mega Buster fully charged. They were later re-released in 2010 without the parts for the Fully-Charge Mega Man.

Second series:
The back of the package shows an image of Wood Man and Ice Man for a second wave planned to be released, but the line was canceled.[1]

Toys and action figures released by Bandai. They where released only in Japan.

Various Rockman 4 toys released in 1992 that came with a scenario. Some of the figures are: Rockman, Blues, Bright Man, Drill Man, Pharaoh Man, Ring Man, Dive Man and Skull Man. Its unknown at moment how many there are.[3]

The Fighting Stage (ファイティングステージ) series is a set of figures from Rockman 5 with a small playset.

The package also shows other scenarios and toys of other six Robot Masters, and an artwork of Dr. Wily and Stone Man, but apparently none of them where released.

Action Rockman (アクションロックマン) is a series with Rockman 7 miniatures released in 1995, which includes one character and one big enemy. Technodon and Stegoras are wind-up toys. Kanigance, Gameriser and Mad Grinder can dash.[4]

There where many toys from the Mega Man X series, but most of them where released only in Japan. Most of them are Mega Man X and Zero with different weapons, colors, and armors.

A Mega Man X collection released by Jazwares. They are related to the Mega Man collection.

Rockman Base (ロックマンベース) is a collection based on Mega Man X3 with scenarios and miniatures released by Bandai in 1996.[9]

Rockman Factory (ロックマンファクトリー) is a collection based on Mega Man X3 that was released by Bandai in 1996.[10]

Rockman Ride (ロックマンライド) is a set of miniatures with Ride Armors released by Bandai in 1996.[11]

With the anime MegaMan NT Warrior, many toys where released.

Action figures released by Mattel based on the anime MegaMan NT Warrior.

Two figures in one package: HeatGuts Style MegaMan and FreezeMan.EXE

A collection where MegaMan.EXE comes with a Battle Chip and removable "soul armor parts and weapons".

A collection where all figures comes with one Battle Chip and a colorless virus. 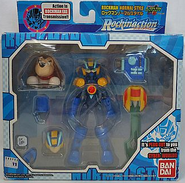 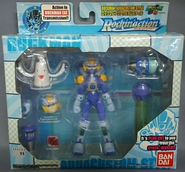 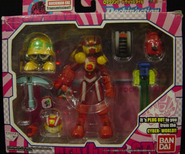 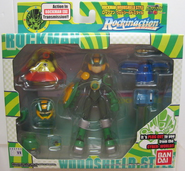 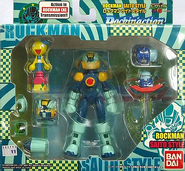 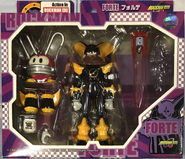 Forte
Add a photo to this gallery

Rockman Cube (ロックマンキューブ) is a Bandai series of miniatures inside transparent cubes.

Unknown: Unknown name of the collection(s) and publishers (may be Mattel, Bandai, or other). 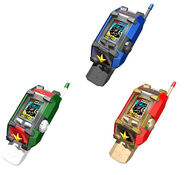 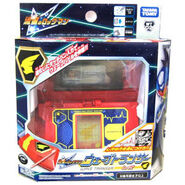 Leo Transer.
Add a photo to this gallery 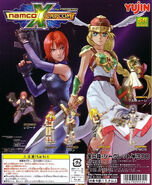 SR Namco × Capcom figures.
Add a photo to this gallery 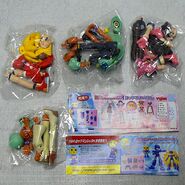 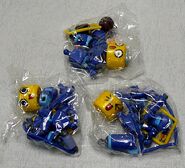 Petit Kobun Figure (プチコブンフィギュア, Puchi Kobun Figyua) is a limited set of 40 Kobun (Servbot) figures, each with a different face, a sign with three plates, two having "食事中" (eating) and "仕事中" (working) written on them, a suction cup, and one varying accessory (Curry rice, headset, ...). The figures were given for 40 persons that purchased of the game Tron ni Kobun in Japan.[17] Besides the individual figures, one box containing all the 40 figures was also given.[18][19] Besides the 40 figures, there are also 2 secret figures.[20] 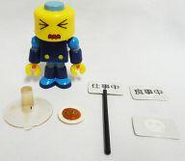 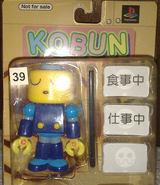 Kobun #40
KobunFBack.png
Kobun figures package back.
KobunFBox.jpg
Box with the 40 Kobun figures.
Add a photo to this gallery

Toy series that combines two or more Mega Man series in one collection.

Following the X-Men vs. Street Fighter line, Marvel vs. Capcom is a collection released by Toy Biz with two action figures in one package, one character from Capcom and other from Marvel.

Zero is part of the Marvel vs. Capcom 3 Minimates collection released in 2011.

Kotobukiya released figure kits of Mega Man, Roll, Proto Man and Zero. Mega Man and Proto Man have both normal arms and arm cannons, shot effects, and an Energy Tank. Additionally, Mega Man has a charge shot and Proto Man his shield. Roll can be changed between her original appearance and her Mega Man 8 costume. All figures have changeable faces. Mega Man was released in September 2010, Roll in December 2010, and Proto Man in January 2011. 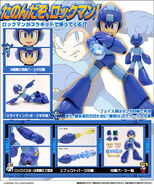 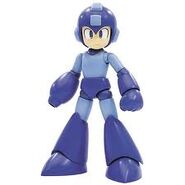 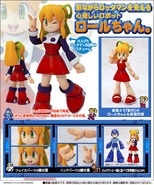 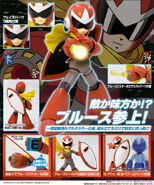 Zero
Add a photo to this gallery

Rockman Graffiti (ロックマングラフィティ) is a candy toy released by Bandai in 1995 with miniatures from the original and X series.[21]

Mega Man toys released in promotions, as keychains, and in other ways.

Retrieved from "https://megaman.fandom.com/wiki/Toys?oldid=198470"
Community content is available under CC-BY-SA unless otherwise noted.