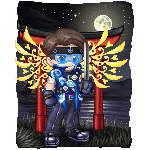 I've posted on this site before, but eventually decided to join so I could contribute even more to the Knowledge Base.

For instance, in the Classic Mega Man games, they usually didn't have stage names (as they do in X series and Zero). So I had some fun in making up names for the Robot Master's stages.

Also, I wanted to help spur the effort along... mainly, by creating "placeholders" in the enemy lists that'll help other users know what enemies to look for. That way, once the actual name of said enemy is found, they'll know where to place it, and what page to make up for it.

Anyway, I hope I can contribute much for this site. All I can say right now is, once we get to doing X7 and X8, let's do the same thing we've done for the Reaverbots in the Legends series... find some fan-made sprites of what they would've looked like if they were in 2-D (or 2 1/2 dimension, anyway). --December 22, 2006

Retrieved from "https://megaman.fandom.com/wiki/User:D-BoyWheeler?oldid=75720"
Community content is available under CC-BY-SA unless otherwise noted.