I'm 23 years old and I've been a fan of Mega Man since as far as I can remember. My first Mega Man game was Mega Man 4 and my favorite Robot Master is Ring Man. My other favorite Mega Man characters are Mega Man, Mega Man X, Proto Man, Bass, Zero, Vile, Bubble Man, Mega Man Trigger, Teisel Bonne, Tron Bonne, Sera and Bola. I am a web, graphic, game and character designer, writer, and Digital Media/Astronomy graduate from UCF. I have an old Robot Master Museum site (Ring Man X's Robot Master Museum) that I made 8 years ago, but I still have lots of data and pictures to contribute. I would like to see all of the Robot Masters and character pages standardized. I also have the Mega Man cartoon series and Captain N: The Game Master DVD boxsets, so I can take any screenshots that may be needed. I know a lot about the classic Mega Man games, Mega Man Legends games, Mega Man X games, and the first Mega Man Battle Network and MegaMan Network Transmission. I stopped playing the MegaMan Battle Network series during MegaMan Battle Network 4 and stopped playing the Mega Man Zero series after the first Mega Man Zero game. Other than those 2 series, I've played almost every Mega Man game.

I've been trying to think of a catchy name for this database and all I could think of is Wilypedia. It makes sense, since Wily is responsible for everything that has happened, even Mega Man.

Characters I dislike are Sigma (I hate this guy. Why won't he just die already!?!?), Dust Man (I hate his hard and depressing stage more.), Botos (An annoying, two-faced jerk.), Axl (His powers are cool, but he can be so annoying.), Glyde (He's creepy, cocky and a jerk.), Colonel Redips (Psycho...), Rafflesian (What did I ever do to her? She must be insane.), MegaMan Juno (He's creepy and stuck-up), and Plant Man (I don't really know why, but I just don't trust his smug look on his face).


I am one of the Bureaucrats and Sysops here on the Mega Man Wiki along with Bassium!, Brick Man, Bauer-CTU and Quick. I have contributed a lot to the Robot Masters, Enemies, Mavericks, Mega Man Legends series and Mega Man cartoon series. Feel free to message me with any suggestions or problems that arise.

I have listed most on the Fan Characters page.

I always put the published English names from printed sources over any Japanese name found on the internet. The English names may sound silly or blunt, but they come from official and more reliable sources. The only source that is more reliable than the instruction manual would be the actual in-game text. As for game ranking the games, it is hard to distinguish which version of a name is better suited. It is a toss-up between the game which it made its first appearance or the game that is most recent in the series. Any name variation that is not the original or most recent would be less reliable than these.

Sprites will not be provided until the correct name is found.
Enemy/Boss names left: 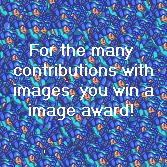 I've recently posted my concept for a Mega Man 10. Check it out.


Other Wikis I'm Currently Active with

Retrieved from "https://megaman.fandom.com/wiki/User:RingManX?oldid=135048"
Community content is available under CC-BY-SA unless otherwise noted.