Wily Castle (ワイリー城, Wily Castle) is Dr. Wily's base in Mega Man 3. After Mega Man defeats Break Man and learns from Dr. Light that Dr. Wily has stolen Gamma for use in his plan to conquer the world, Mega Man goes to this Wily Castle to stop him. 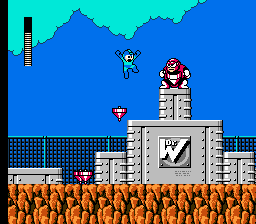 The entrance to the castle is flooded with water and contains spikes lining the floors. 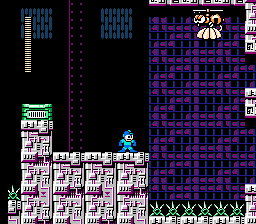 This area is a very long gap with spike-lined walls and ceilings. 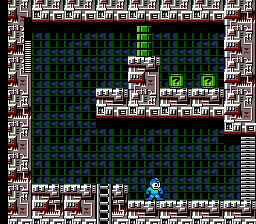 This is an upwards-climbing level with shifting moving platforms that can sometimes run into spike-lined walls. 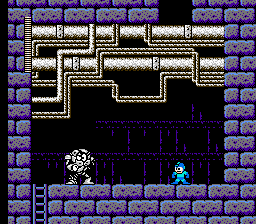 This is the castle basement containing pipeworks, leading to a room that contains a rematch against the eight Robot Masters. 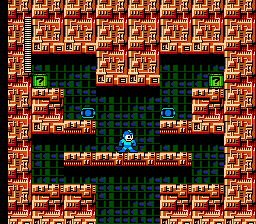 This is a very short stage containing only a few items and the battle against Dr. Wily. 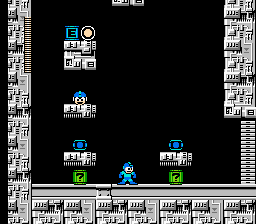 This is another very short stage containing only power-up items and the final battle against Dr. Wily.

This Wily Castle, called Dr. Wily's Lab and Skull Castle, appears in the episode A Tale of Two Dogs. Dr. Wily captures Rush and Duke to lure Mega Man and Kevin to a trap and steal Gamma. They escape the trap and leave the castle after finding their dogs.

The castle was first mentioned in Issue 34, where Break Man tells the other third generation Robot Masters, including the recent recruit Shadow Man, to convene at the castle's building site and finish it up. It was mentioned again in Issue 36, during Flash Man's status report to Dr. Wily, and in Issue 37, citing that, even if Mega Man, Pharaoh Man, and Bright Man managed to escape his trap, it still will buy his Robot Masters enough time to finish up construction of the castle. It eventually debuted in Issue 42, during Break Man's battle with Quick Man.

Mega Man later teleported to the castle in Issue 45, thanks to teleportation codes that Break Man leaked to him earlier so he could fight his brother at full strength. Afterwards, Mega Man, via a tip from Break Man upon defeating him, proceeded to infiltrate the castle via the sewer system. Most of the castle ended up destroyed during Wily's fight with Mega Man, largely due to Dr. Wily's arrogance in thinking he can be unharmed inside Gamma. The X Corporation proceeded to retrieve Wily (who had survived the destruction of Gamma with a mild concussion as well as a fractured arm and leg) for their plans. The Federal Agents Stern and Krantz also attempted to investigate the island, although because the X Corporation had taken it over, and the agents lacked a search warrant, they were forced to return empty handed. Nonetheless, Stern had his suspicions about the X Corporation, something even Krantz acknowledged may have been correct.

This Wily Castle has a short appearance in the beginning of the manga, with Mega Man fighting against Wily's robots inside. The fortress is destroyed and Wily escapes. Although Mega Man faces Mega Man 3 enemies and bosses inside the base, the outside, which is only seen in parts, resembles the Wily Castle from Mega Man: Dr. Wily's Revenge. 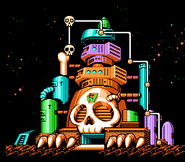 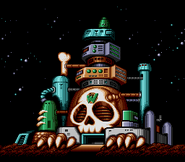 The remains of the Wily Castle, taken by the X Corporation in the Mega Man comic. 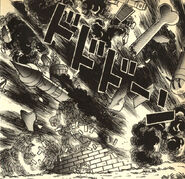 Wily Castle in the Rockman 4 manga.
Community content is available under CC-BY-SA unless otherwise noted.
Advertisement