Wily Castle (ワイリー城, Wily Castle) is Dr. Wily's fortress in Mega Man 5. After Mega Man defeats Dark Man and learns that Proto Man was innocent, nothing more than a pawn in Dr. Wily's plans, and that Wily was really the one behind the kidnapping of Dr. Light, Wily goes to this Wily Castle and Mega Man follows him. At the base, Mega Man ultimately goes up against Wily and rescues Dr. Light. 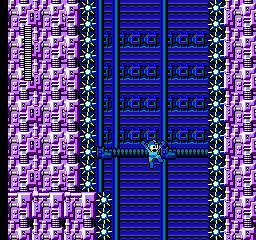 The first section is a long stage that includes jumping on spinning wheels and avoiding being crushed by retracting ceilings. 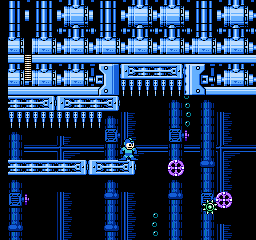 The second stage is the basement of the castle where the pipe system has become flooded and must be navigated. The rest of the stage is comprised of many Metall enemies. 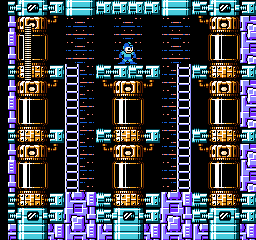 This is a short stage that leads to capsules containing rematches with the eight Robot Masters, followed by the first battle with Dr. Wily. 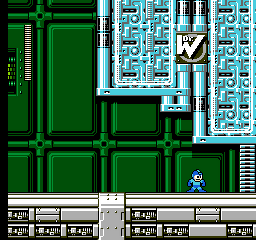 The final level, which features encounters with a few strong enemies and huge drops, en route to the final battle with Dr. Wily. 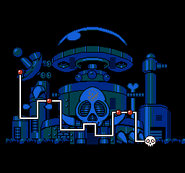 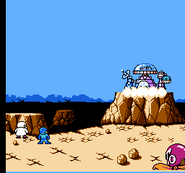 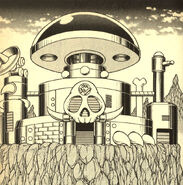 Wily Castle in the manga.
Add a photo to this gallery

Oddly, the "Dr. W" symbol on the castle's skull does not appear until Wily's UFO disappears.

Retrieved from "https://megaman.fandom.com/wiki/Wily_Castle_(Mega_Man_5)?oldid=333540"
Community content is available under CC-BY-SA unless otherwise noted.