Wily Castle (ワイリー城, Wily Castle) is Dr. Wily's base in Mega Man 6. After Mega Man defeats Mr. X and learns his true identity as Dr. Wily himself, Wily escapes to this Wily Castle, Mega Man following in pursuit. As with Mr. X's Castle, Wily Castle consists of four parts, each part being a stage Mega Man must go through. Also like Mr. X's Castle, the same music plays for all Wily Stages. The final part of the fortress ends with a battle between Mega Man and Dr. Wily.

This is one of the few Wily Castles that isn't seen being destroyed in the end, possibly due to Wily's arrest. 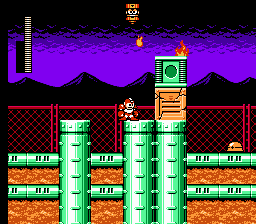 The first Wily Stage. Mega Man begins outside the castle leading to the inside. Similar to the first Mr. X stage, this stage is mostly vertical and full of spikes and Cannopellers. This time, however, instead of climbing upwards, this level has big drops downward. 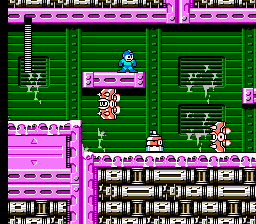 This area is an icy stage that also involves Appearing Blocks and hopping across narrow platforms. 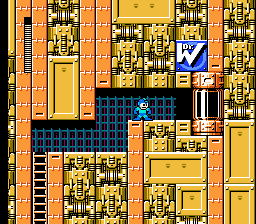 This is a short level through the castle's moat and then to capsules containing rematches with the eight Robot Masters. 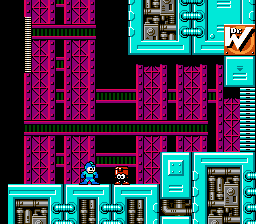 The final level, which features an encounter with a machine that produces Mets, en route to the final battle with Dr. Wily. 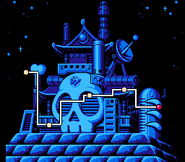 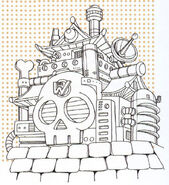 Wily Castle in the Rockman 6 manga.